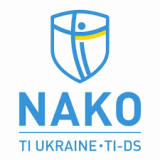 The Independent Defence Anti-Corruption Committee (NAKO) is a joint initiative established by Ukrainian activists and international experts to fight corruption in Ukraine’s defence sector. NAKO is independent from the Ukrainian government.

NAKO analyzes corruption risks in the defence and security and provides recommendations to the state authorities as to reducing the level of corruption. The Committee helps promote transparency and strengthen accountability to the society in the state defence institutions, assists the reform process and performs public control.

This initiative builds on the success of the Monitoring and Evaluation Committee in Afghanistan, the Civil Society Defence Reform Platform in Palestine, and the International Commission against Impunity in Guatemala.

Information
Connect with us