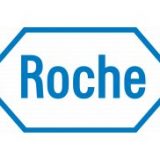 Headquartered in Basel, Switzerland, Roche is one of the world’s leading research-focused healthcare groups in the fields of pharmaceuticals and diagnostics. As the world’s biggest biotech company and an innovator of products and services for the early detection, prevention, diagnosis and treatment of diseases, the Group contributes on a broad range of fronts to improving people’s health and quality of life. Roche is the world leader in in-vitro diagnostics and drugs for cancer and transplantation, and is a market leader in virology. It is also active in other major therapeutic areas such as autoimmune diseases, inflammatory and metabolic disorders and diseases of the central nervous system. In 2008 sales by the Pharmaceuticals Division totaled 36.0 billion Swiss francs, and the Diagnostics Division posted sales of 9.7 billion francs. Roche has R&D agreements and strategic alliances with numerous partners, including majority ownership interest in Chugai, and invested nearly 9 billion Swiss francs in R&D in 2008. Worldwide, the Group employs about 80,000 people