We are The European Union (EU) is an economic and political partnership between 28 European countries. It plays an important role in international affairs through diplomacy, trade, development aid and working with global organisations. Abroad, the EU is represented through more than 140 diplomatic representations, known also as EU Delegations, which have a similar function to those of an embassy. The EU Delegation to Ukraine is one of those 140 delegations. Its mandate includes promoting the political and economic relations between Ukraine and the European Union, monitoring the implementation of the Association Agreement between the EU and Ukraine; informing the public of the development of the EU and explaining policies and participating in the implementation of the European Union’s assistance programmes.

We offer a post of Project Assistant. Under this post, the recruited person will be attributed functions depending on the needs of the Delegation. Upon recruitment, the successful candidate will occupy a specific job function as Project Assistant – this job function may be changed in accordance with the needs of the Delegation. Under this job function the successful candidate will serve as technical and support staff to support preparation, implementation and coordination of EU-funded projects with a focus on activities in the areas of education and research programmes.

The successful candidate will be based in Kyiv. Working time: 37.5 working hours/week. The contract (“local agent” type contract – Group II) will be concluded as unlimited term contract.

We offer a competitive position in an international environment. Benefits, such as additional pension scheme and medical insurance, are offered to employees and their families under certain conditions.

After the evaluation of all applications received is over, shortlisted candidates will be invited for interviews and possibly a written test. An interview will be held in the Delegation’s premises located at 101, Volodymyrska St., Kyiv.

The Delegation will not supply additional information or discuss the selection procedure by telephone: please address any queries concerning this procedure to [email protected](link sends e-mail)

The candidates who have not been short-listed will not be contacted individually; however, the Delegation will use the same means of publication as for this Vacancy Notice to inform the remaining candidates once the recruitment procedure has been completed and that a candidate has (or has not) been recruited. 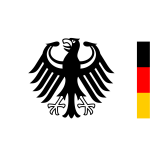 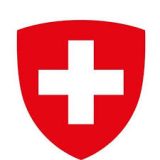 Embassy of Switzerland in Kyiv looking for Administrative Officer 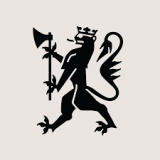 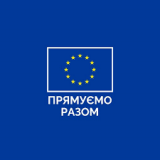 Delegation of the European Union to Ukraine

The Delegation of the European Commission to Ukraine was opened in the centre of Kyiv in September 1993.

The Delegation in Kyiv is one of over 130 European Union Delegations around the world.

The Delegation has the status of a diplomatic mission and officially represents the European Union in Ukraine.

On 1 January 2007 the European Union completed its fifth enlargement that had started in May 2004. Today the European Union is made up of 28 Members States, has a population of around 500 million and is the largest trading bloc in the world.

The Delegation’s mandate includes the following: