Cybercrime and other cyber-enabled offences involving electronic evidence remain major challenges for societies of the EaP region. Likewise, attacks against and by means of computers emanating from those countries are of concern to other geographical areas including the EU Member States.

These crimes consist, inter alia, of the theft of personal data, fraud and other types of financial crime, distributed denial of service attacks or website defacements against media, civil society, individuals or public institutions, as well as attacks against critical infrastructure and others. In this regard, cooperation at all levels is essential. Countries of the EaP have committed to implement the Budapest Convention on Cybercrime as a framework for domestic measures and for international cooperation on cybercrime and access to electronic evidence. All countries – with the exception of Belarus – are Parties to the Budapest Convention on Cybercrime and are thus members of the Cybercrime Convention Committee (T-CY). It is therefore an international obligation for them to implement and comply with it.

Objective of the project

CyberEast project is a direct follow-up to previous capacity building efforts in the Eastern Partnership and continues to build upon similar themes – strong legislative framework implementing the Budapest Convention on Cybercrime, enabling efficient regional and international cooperation, and improving public/private cooperation regarding cybercrime and electronic evidence in the Eastern Partnership region.

Organized by joint European Union and Council of Europe CyberEast project in cooperation with CyberSecurity EAST project funded by the EU, the surveys and overall research effort in the Eastern Partnership region primarily contributes to Output 1.1 of the project (National action plans or similar strategic documents regarding criminal justice response to cybercrime and electronic evidence developed) as well as simultaneous impact on improved public communication and transparency on cybercrime action (Output 2.4) and reinforcing mechanisms for trusted cooperation (Output 2.5) through assessment of reporting mechanisms.

Results of surveys will be shared only with respective countries (regional publication will be discussed separately) and will be used to further contribute to other reporting efforts (e.g. iOCTA) as well as for shaping policies, strategies and capacity building response on cybercrime and electronic evidence in the near and mid-term. 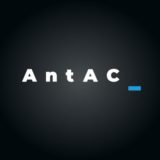 The Council of Europe is the continent’s leading human rights organisation. It includes 47 member states, 28 of which are members of the European Union.

Connect with us
More jobs from Council of Europe