UN Women, grounded in the vision of equality enshrined in the Charter of the United Nations, works for the elimination of discrimination against women and girls; the empowerment of women; and the achievement of equality between women and men as partners and beneficiaries of development, human rights, humanitarian action and peace and security.

Within its Country Strategy for 2018-2022 and as part of international commitments on gender equality and the empowerment of women, UN Women’s work in Ukraine is focused on the following thematic areas: Making gender equality priorities central to national reforms, governance, planning and budgeting; Ending violence against women and girls; and Strengthening implementation of the Women, Peace and Security agenda.

The Ukrainian legislation guarantees equality for men and women in Ukraine in all sectors. However, despite the political commitments, structural barriers to gender equality have not been fully addressed and gender-based discrimination remains widespread. Moreover, the ongoing armed conflict in Ukraine, which started back in 2014, has created new challenges in advancing gender equality and enjoyment of women’s human rights. In the conflict-affected areas of eastern Ukraine the needs and priorities of women, especially vulnerable groups, are largely neglected.

According to the most recent surveys, 1.1 million women aged 15-49 in Ukraine suffer from physical and sexual violence annually . High concentration of military and armed groups – coupled with a proliferation of weapons, weak law enforcement and impunity – has increased the risk of gender-based violence (GBV) for people living along the “contact line”, particularly women, adolescent girls and young men. The 2015 UNFPA Survey on GBV in the Conflict Setting confirmed the increased vulnerability of women to various forms of violence during the conflict; 90.6% of rape survivors and 73.5% of domestic violence survivors are women. According to UNDP’s Assessment of Security and Justice in Ukraine (2017) , which was conducted in Luhansk, Donetsk and Zhytomyr regions, one third of women do not feel safe in their own homes at night, and two thirds do not feel safe in their community at night.

Patriarchal attitudes, gender norms and stereotypes are deeply rooted and widely spread in the country including in the conflict-affected regions of Donetsk and Luhansk. Media often reproduce the gender stereotypes, they contribute to discriminatory and victim blaming attitudes. UN Women survey on attitudes towards violence revealed that 25% of women and 39% of men in Donetsk and Luhansk oblasts believe that rape never occurs between the spouses. 60% of respondents think that women’s behaviour and clothing can provoke violence; and 44.5% think that women are sometimes beaten because of their own fault.

Rapid Gender Assessment of the situation and needs of women in the context of COVID-19 in Ukraine conducted by UN Women in spring 2020 showed that the restricting measures due to the outbreak led to dramatic rise in domestic violence incidents, as evidenced from the data from national hotlines. In April 2020, the national hotline on GBV response operated by La Strada, supported by UNPFA, received 2,048 calls, i.e. 56% increase compared to March 2020, and 97% of cases of violence addressed by UNFPA-supported services are attributed to domestic violence. According to the Ministry of Social Policy of Ukraine, since March 2020, in nearly a month of lockdown, mobile teams conducted more than 2,400 telephone and online consultations, more than half of which were related to gender-based and domestic violence.

The 2018 Law of Ukraine “On Domestic violence” assigned the number of duties to the Ministry of Internal Affairs related to responding and preventing domestic violence. The Action Plan of the Ministry on implementation of gender policy for the period until 2021 also includes the series of measures aimed at preventing and responding to violence against women and girls, men and boys. The Law Enforcement Reform implemented by the Government of Ukraine aims to make systems more transparent and improve the protection of human rights and community security. Based on the latest Training Needs Assessment conducted by UN Women in 2017 , 60% of police officers from Donetsk and 84% from Luhansk have never completed training on GBV and sexual violence. Survivors of violence do not always seek protection from the law enforcement authorities or turn to specialized medical and psychological assistance due to low awareness of the services availability, inaccessibility of service providers at the local level, or low credibility of specialists in these institutions, fears of possible retaliation from perpetrators and anticipation of stigmatizing by the community.

UN Women Survey on attitudes towards GBV in Donetsk and Luhansk regions (2017) revealed that 45% of the respondents did not trust the police. According to the results of the Baseline Survey of Public Perceptions and Attitudes towards Gender-Based Violence (GBV) Against Women conducted by UN Women in 2019 in three conflict-affected regions of Donetsk, Luhansk and Zaporizhzhia, only 59% of people witnessing the a man beating up his wife / partner will call the police, 58% will not call the police when they witness sexual harassment in a public space.

In order to contribute to the change of attitudes towards GBV and violence against women in Donetsk, Luhansk and Zaporizhzhia oblasts of eastern Ukraine, as part of the UN Joint Programme for Recovery and Peacebuilding (2018-2020), UN Women, in partnership with UNDP, UNFPA and FAO, with the financial support from the governments of Denmark, Norway and European Union conducted the “Violence Has no Excuse” campaign. The objective of the campaign was to increase awareness on GBV in the target 36 conflict-affected communities through sensitizing women, men, boys and girls about GBV prevention and response; promoting trust in the police; and addressing victim-blaming attitudes to violence survivors and contributing to promote gender-sensitive reporting. In this context UN Women generated innovative audio-visual and informational materials such as video and radio public service announcements on GBV within Sprovokuvala? (Did She Provoke?) campaign that reached over 1,5 million people. The videos also caused major discussion both on Facebook and YouTube among the veiwers related to existence of victim blaming stereotypes, inadmissibility of tolerance towards GBV and harmful influence of gender stereotypes.

UN Women intends to continue the series of videos Sprovokuvala? as part of Violence Has no Excuse campaign and its cooperation with the Ministry of Interior with the aim to encourage bystanders and women and girls suffering from violence to contact the police when being subjected to or witnessing violence as well as raise the awareness on the available services for survivors, promote unacceptance of violence and encourage survivors to seek assistance. The awareness-raising campaign will specifically target three conflict-affected regions of Donetsk, Luhansk and Zaporizhzhia and will contribute to: raising knowledge of women and men in the communities of different forms of violence and their ability to identify violence, reducing the level of acceptance of violence, increasing knowledge on available services for survivors of violence, increasing trust to police.

With this purpose, UN Women seeks to hire a media production company experienced in but not limited to socially oriented production and advertisement to develop, produce and promote a video public service announcement (PSA) to support zero tolerance to silencing the cases of violence and increase the trust in and cooperation with the police for both the survivors and witnesses of violence.

Scope of Work/Duties and Responsibilities

This Request for Proposals is launched in the context of the project “Building Democratic, Peaceful and Gender-Equal Society in Ukraine” funded by the Government of Norway. The objective of the contract is to reach and sensitize men and women, including the most vulnerable, on unacceptance of silencing GBV, promote zero tolerance to violence and encourage survivors to seek assistance, including from the police.

The United Nations Entity for Gender Equality and the Empowerment of Women, hereinafter referred to as UN Women hereby invites prospective vendors to submit a bid(s) in accordance with the RFP documents, including General Conditions of Contract (GCC) and the Schedule of Requirements as set out in this Request for Proposal (RFP).

To enable you to submit a bid, please read the following documents carefully:

Your submission should include the following:

Other Forms to be Submitted by the Vendor awarded the contract at the time of contract signature:

Should you require further clarifications, kindly communicate with UN Women procuring entity through the “Correspondence” function in the UN Women E-Procurement Portal. 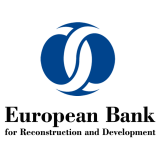 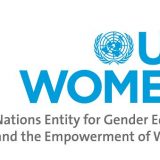 UN Women is the UN organization dedicated to gender equality and the empowerment of women. A global champion for women and girls, UN Women was established to accelerate progress on meeting their needs worldwide.

UN Women supports UN Member States as they set global standards for achieving gender equality, and works with governments and civil society to design laws, policies, programmes and services needed to ensure that the standards are effectively implemented and truly benefit women and girls worldwide. It works globally to make the vision of the Sustainable Development Goals a reality for women and girls and stands behind women’s equal participation in all aspects of life, focusing on four strategic priorities:

UN Women also coordinates and promotes the UN system’s work in advancing gender equality, and in all deliberations and agreements linked to the 2030 Agenda. The entity works to position gender equality as fundamental to the Sustainable Development Goals, and a more inclusive world.

Connect with us
More jobs from UN Women